Dale Earnhardt Jr. is a third-generation racer in a family forever connected to American motorsports. His innate ability and intrinsic instincts behind the wheel have propelled him to 50 victories and two championships in NASCAR’s top two national touring series, but his common-sense charisma and down-to-earth disposition has catapulted his popularity well beyond the race track, resulting in a record 15 consecutive NASCAR Most Popular Driver awards. His performance on the track and off resulted in his election to the NASCAR Hall of Fame in 2021. Earnhardt Jr. won 26 NASCAR Cup races and is one of only 12 drivers to have multiple victories in the sport’s most prestigious race, the Daytona 500, winning in 2004 and 2014. As owner of JR Motorsports, Earnhardt Jr.’s NASCAR Xfinity Series team has won 64 races and series championships in 2014, 2017, and 2018. In 2018, Earnhardt Jr. joined NBC Sports Group as an analyst and influencer in its NASCAR coverage. Also in 2018, Earnhardt Jr. penned Racing to the Finish: My Story, with ESPN scribe Ryan McGee, detailing his battle with multiple concussions that affected his life, his livelihood, and his future in the sport. The book earned critical acclaim and hit the Best-Seller lists from the New York Times, USAToday and the Wall Street Journal. Earnhardt spearheads his own multimedia content network, Dirty Mo Media, which produces Dale’s podcast, The Dale Jr. Download, as well as content for various NBC platforms. 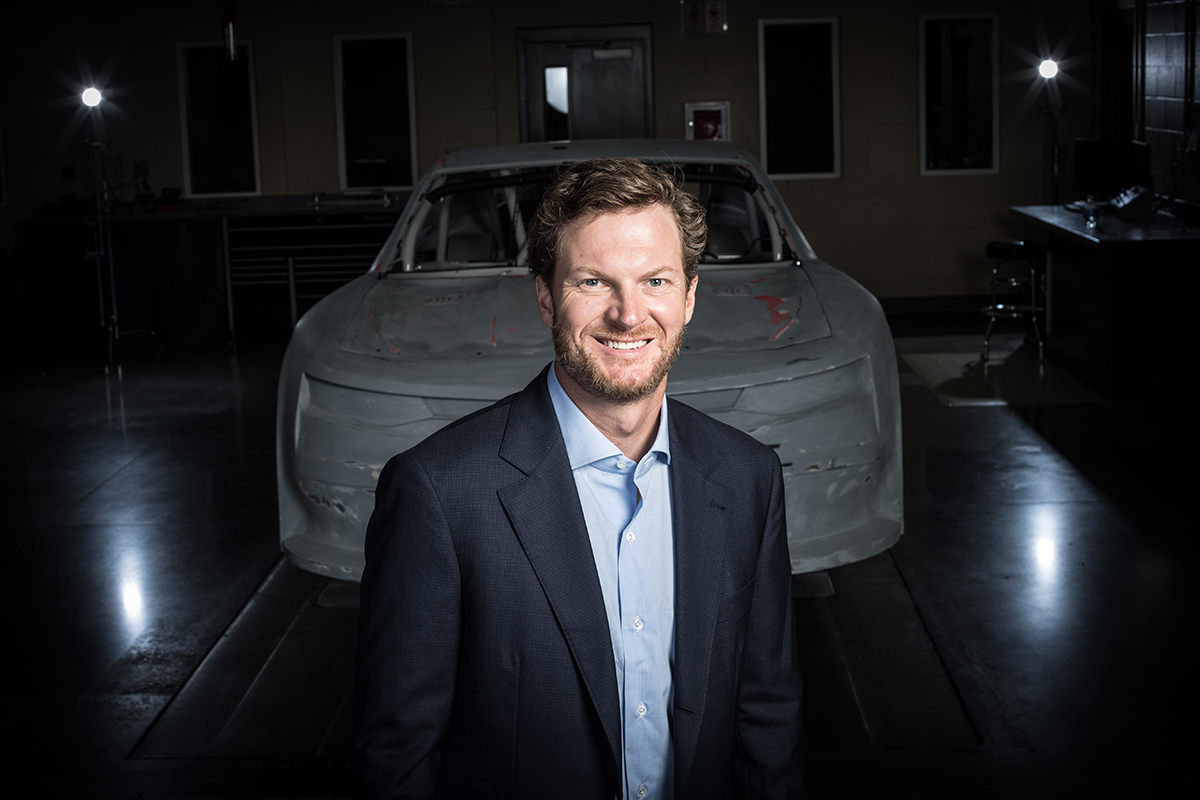